For two decades after her space flight in 1992, Dr. Roberta Bondar was on the scientific forefront in how the brain adapts to unfamiliar environments. 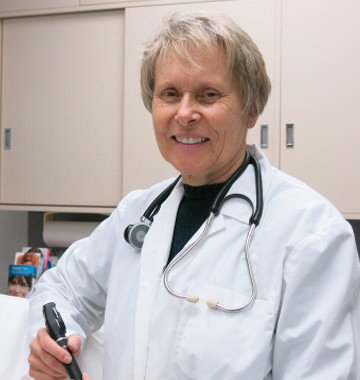 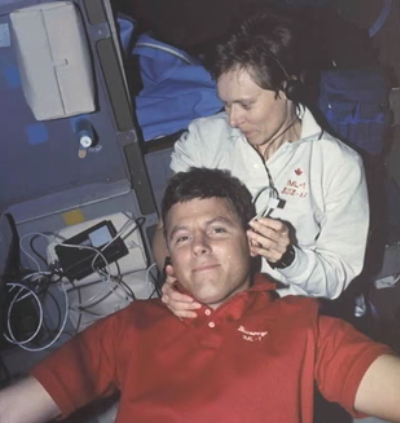 Holder of the NASA Space Medal, inducted into the International Women's Forum Hall of Fame and the Canadian Medical Hall of Fame for her groundbreaking research in space medicine, Roberta Bondar also received 28 honorary doctorates from North American universities. She holds medical licenses in New Mexico, Ontario and is a Canadian Board Certified Neurologist with a subspecialty in Neuro-ophthalmology.

The world's first neurologist in space, Dr. Bondar is globally recognized for her contributions to space medicine. On the Space Shuttle Discovery, mission STS-42 in 1992, Dr. Bondar conducted scientific experiments on behalf of 14 countries in the first International Microgravity Laboratory. This research is published in peer-reviewed medical research journals.

For more than a decade, collaborating with NASA, Dr. Bondar headed an international space medicine research team , to find new connections between astronauts recovering from the microgravity of space and neurological illnesses here on Earth such as stroke and Parkinson's disease. Dr. Bondar's techniques have been used in clinical studies at BI Deaconess Medical Center, a teaching hospital of Harvard Medical School and at the University of New Mexico.

With degrees in biology and medicine, Dr. Bondar maintains a deep interest in the health of our planet and speaks to diverse corporations, scientific and environmental organizations about our natural environment and responsibility.

Dr. Bondar chaired the Working Group on Environmental Education for the Province of Ontario in 2007. The Minister of Education accepted and implemented all 32 recommendations of the working group to strengthen environmental education for elementary and secondary school students.

In 2009, Dr. Bondar co-founded The Roberta Bondar Foundation, a not-for-profit charity dedicated to developing and implementing programs that stimulate learning and curiosity about the environment, across all generations. Through education and research, the Foundation connects people to the natural world, thereby promoting our health through a healthy planet.

It is said that the most dangerous parts of spaceflight are the launch, the landing and everything in between. To those of us in space medicine, another part also has danger written all over it-the space normal body trying to recover to its Earth normal state. Early on in both the American and the former Soviet Union's space endeavors there was a guarded curiosity about how man would survive spaceflight. There was cautious optimism when the early Gemini program returned all astronauts safely back to planet Earth. The only medical flag was unconsumed food, a harbinger of space-related sickness that continues to plague many space travelers.

For more than a decade, Dr. Roberta Bondar headed an international research team studying the effects on astronauts of spaceflight and re-adaptation back to Earth's gravity.